don´t worry, the project is still going on and it is going on fast, believe me! I just didn´t have the time to follow up here in the blog. I was in hospital and had to catch up with all the work in the office. But the Samba is a truly European project, many people are involved, so even if I couldn´t work on the bus personally in the last three weeks, my friends all over Europe they could!

The rear shocks are in Poland at Jacek Krajewski for a really complicated rebuilding job, I will publish a lot of interesting pictures next week.

The gas tank is in Romania in an amazing reconstruction process. A detailed report will follow soon as well.

The front axle´s spindles and the gearbox are at the very well-known restorer Christian Grundmann in Hessisch-Oldendorf. I hope to receive some interesting pictures to publish them here from Christian too.

The front axle beam itself is at Rick of Alan Schofield. He will weld on the rust-broken fixing brackets (all the rest of the beam´s body is in quite good shape!)

But this post here is again about the most important man of them all: Mark Spicer. Just have a look at the pictures he send over and read what he wrote me:

“Evening Florian, in a change of scheduled plan today i got some work done on the front chassis.

This mainly involved chopping out all the rusted out areas, cleaning up the seams and then straightening up what remained. Most straightening was the lower part infront of the beam as this like all Barndoors was pretty bent. 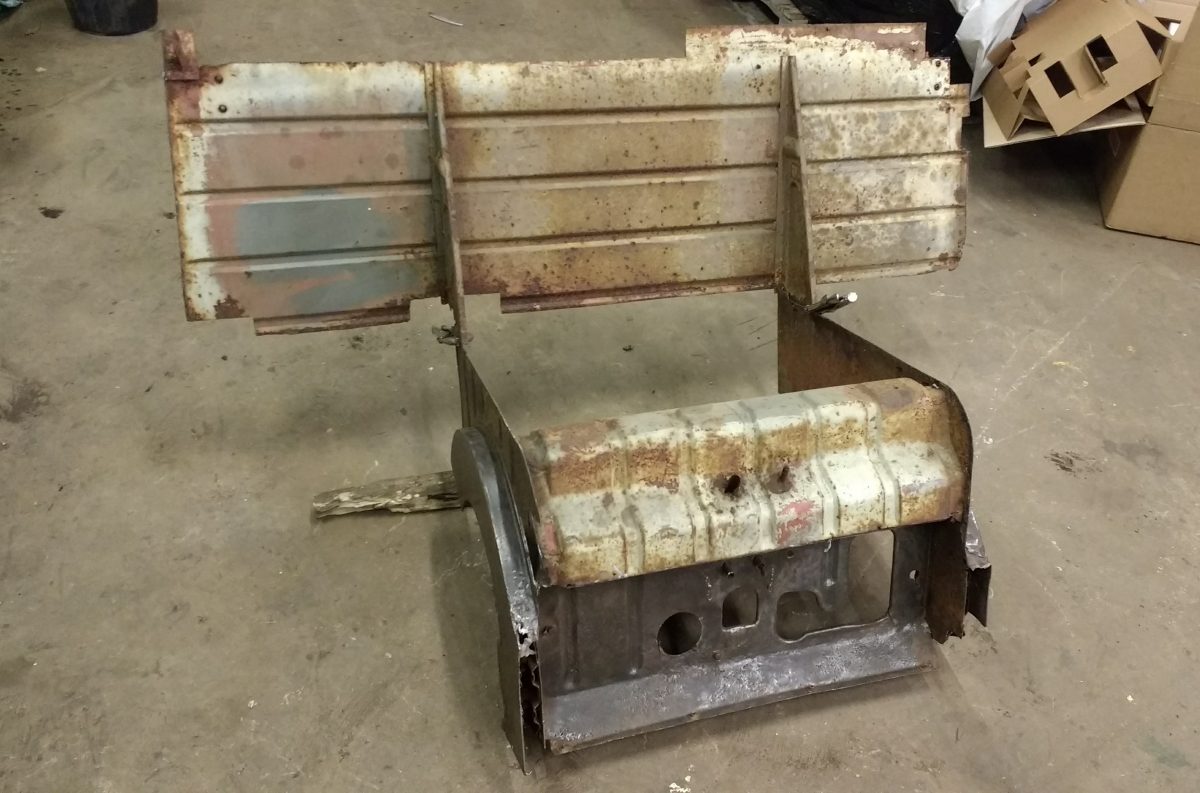 I’m sure you will agree that it looks a heck of a lot better even like this and what remains is usable. 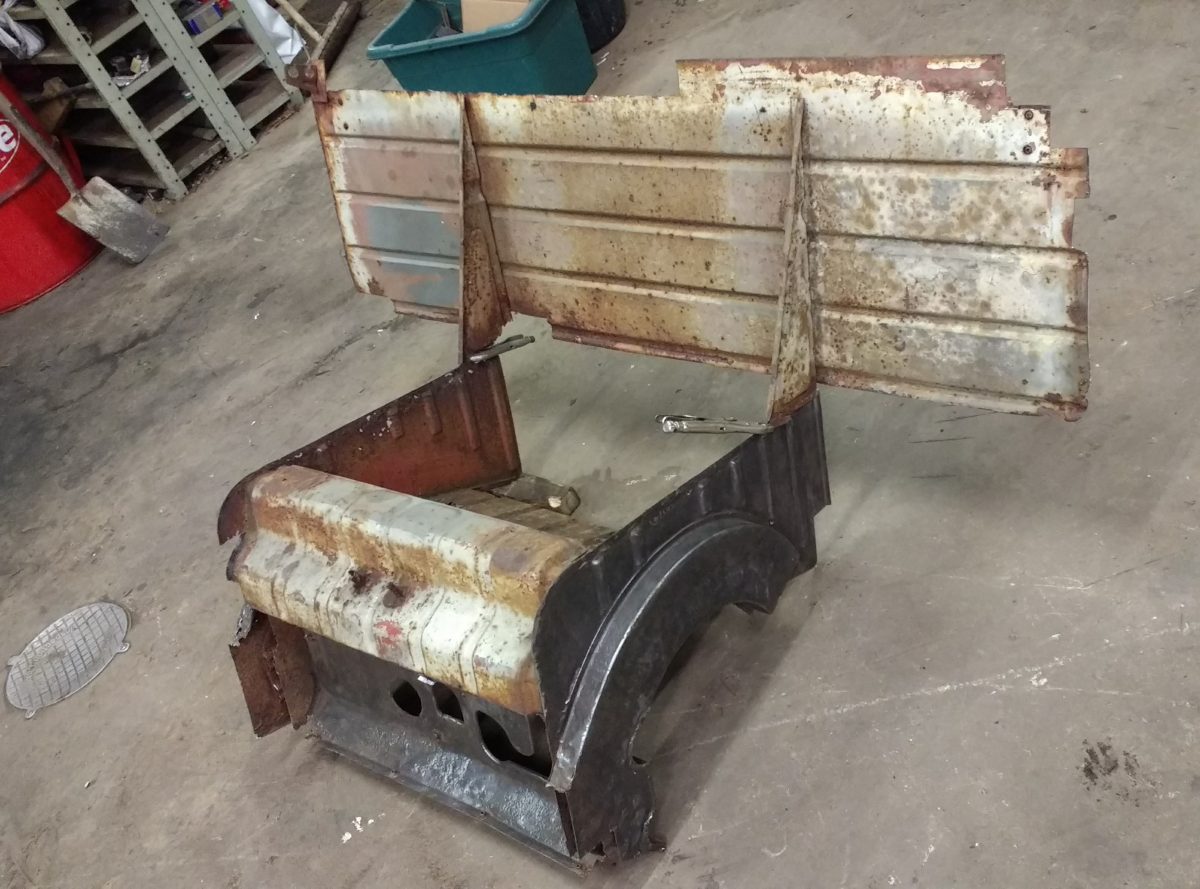 A few pics as promised, I built the front end of the chassis in the last few days. All the very front I made in house and has come out very well indeed. Obviously lots to do still but I’m sure you will be happy to see progress.

I have a couple of small jig positions to add to the rear before i pull the back original frane off and repair it and join in to the front. 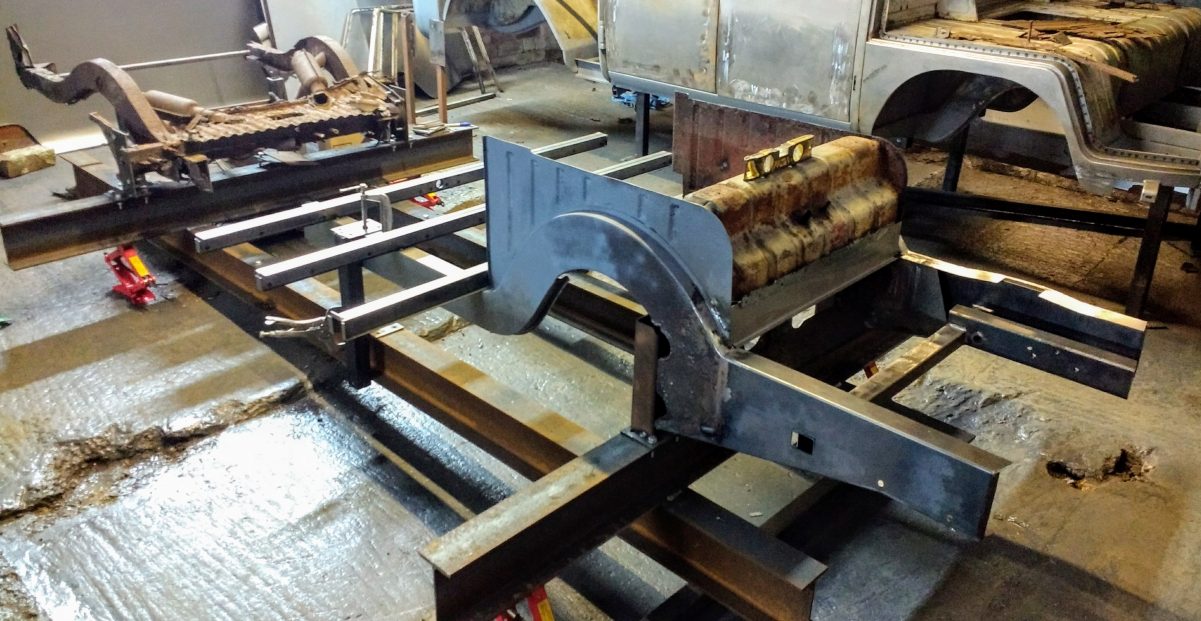 I’m also working on saving the bulkhead, I make the lower sections and I will add one on as well as repairing all the top sections too.

Isn´t Mark doing a wonderful job? Just see how he welded Schofield´s chassis legs into the remaining part of the front end! He is truly saving as much original material as possible, no matter how complicated and how much more time it is to do it this way. But that´s exactly the way I want it!

I simply don´t like the idea what a certain well known restorer mentioned to me:  “I would like to buy the Samba´s ID-plate from you. Is there a price?”
“No way! You just want to build up a complete reproduced bus, tag the ID-plate on and call it a ´51 Samba!”
“Yeah, that´s the best you can do with this poor pile of rust!”

Well, I guess Mark, my European friends and me we will proof the gentleman how wrong he was.

4 thoughts on “Yes, there is some progress!”