as posted before I went for a short trip to Mark Spicer checking together with him the condition of the Samba´s chassis and discussing how to proceed. Mark also received in the same box we shipped rest of the Samba-chassis the Samba´s remaining dashboard pieces. This is what this little post is all about. 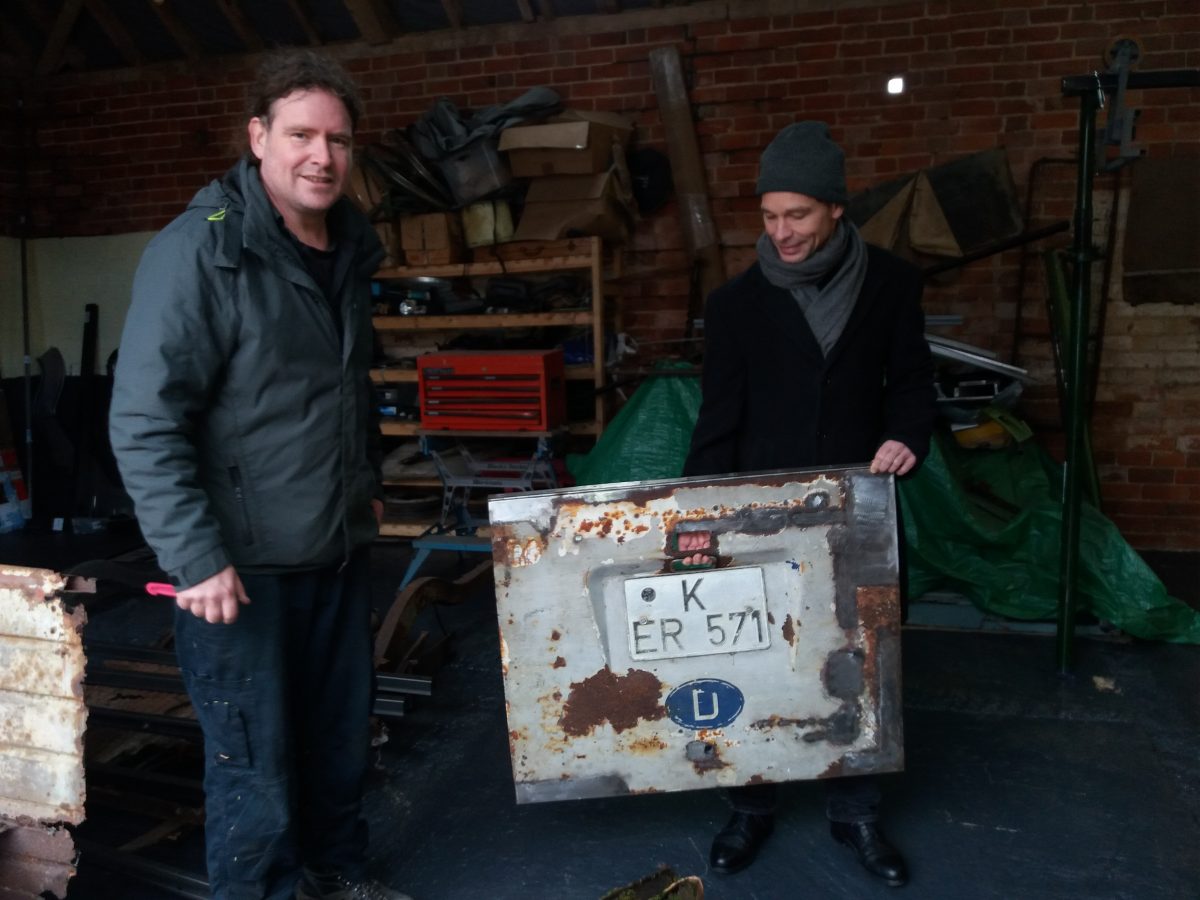 This is Mark (on the left) in his workshop. He presented me the restored decklid of my Samba two days ago and I was delighted!

Before we have a close look to a special secret of the dashboard let me introduce Mark to those of you who don´t know him. Mark is the owner of the only surviving Kohlruss-Bus, you can read the story in German language here:  http://www.bullibar.eu/der-kohlruss-samba-nur-einer-hat-uberlebt.html   or in English here:  https://www.thesamba.com/vw/forum/viewtopic.php?t=649306 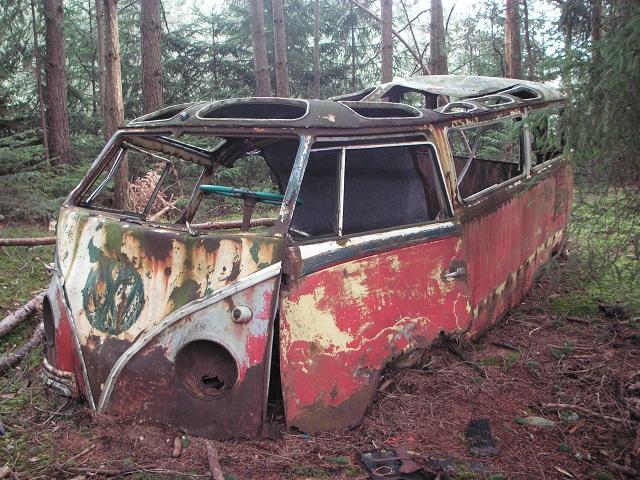 And this is the Kohlruss today, December 30th 2017. Not complete yet, but driving on the road again. What a hell of a job! 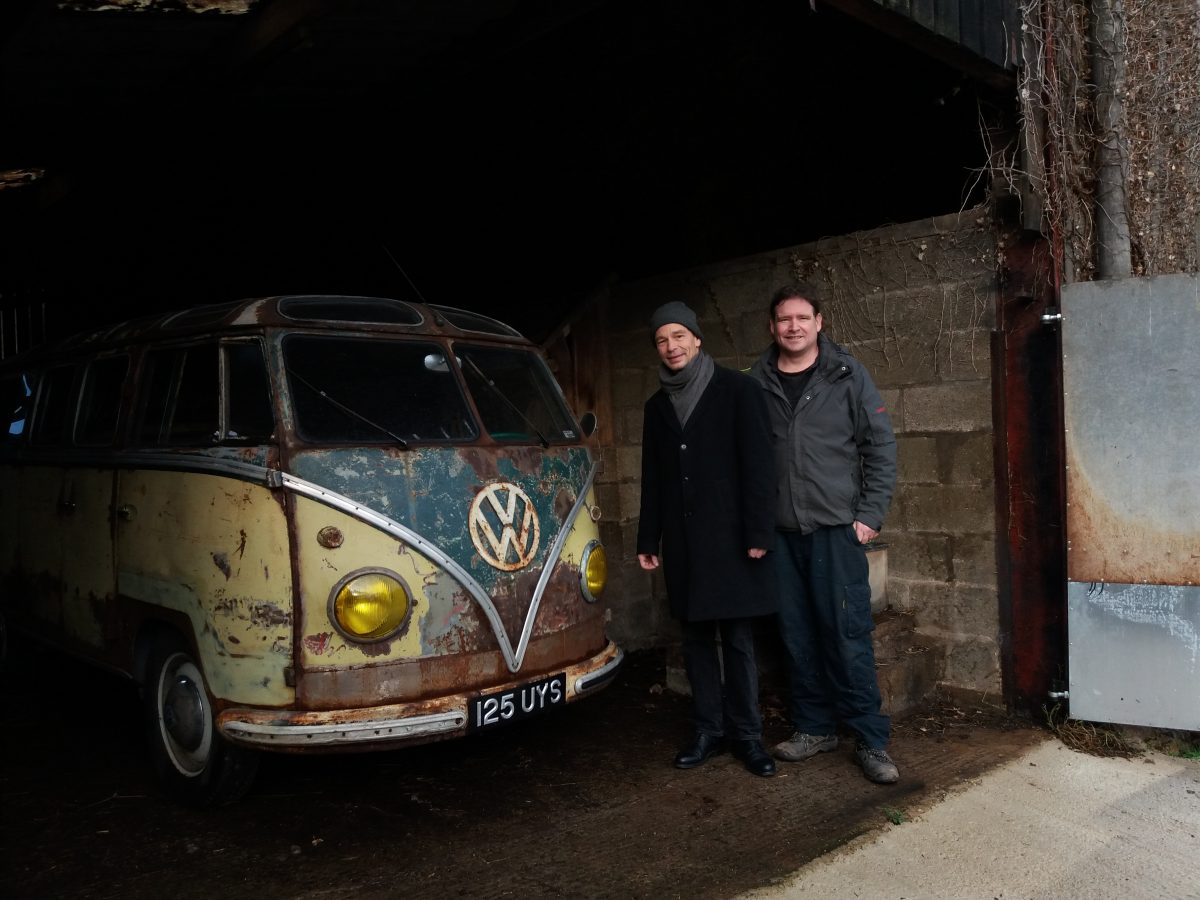 If you still didn´t get the philosophy behind the Samba-project, just have a look at Mark´s Kohlruss-bus. The Samba will look a similar way.  “This is soooo sick!”   “This is kind of serious VW-science.  And it´s Punk-Rock. I am into both, Baby!” 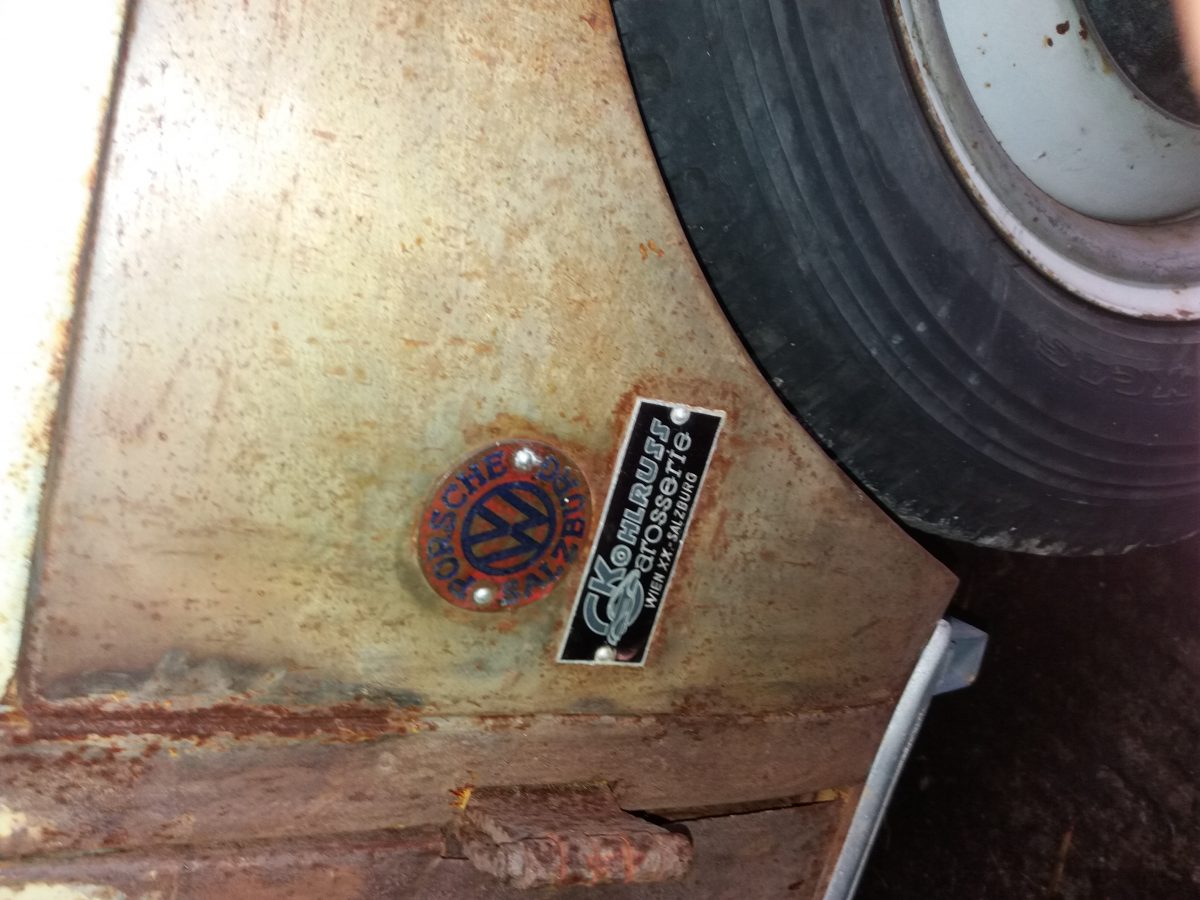 Mark found this beautiful Kohlruss-badge lately in the net. Doesn´t it match perfect to his Bus?

Now lets have a look on the dashboard story.

You surely know that the dash of a Samba is very special. It´s much bigger and totally different compared to the dash of the regular bus. Mark is very into Samba dashes. He turns it into a real science and he is even reproducing Samba dashes.

It seems to be pretty sure that VW itself converted existing microbuses into Sambas in the very early days and you can bet they made this job very accurate. How could we possibly distinguish this VW-made conversions and real born Sambas? The ID-plate is one way, but what if VW changed this ID-plates after the conversion? It would have been an easy job for the factory to fit in just a new ID-plate. Plus, faking an ID-plate today is an easy job for someone who wants to fake a Samba!

But what Mark found now might be the final proof for a real born early Samba. Just have a look at this: 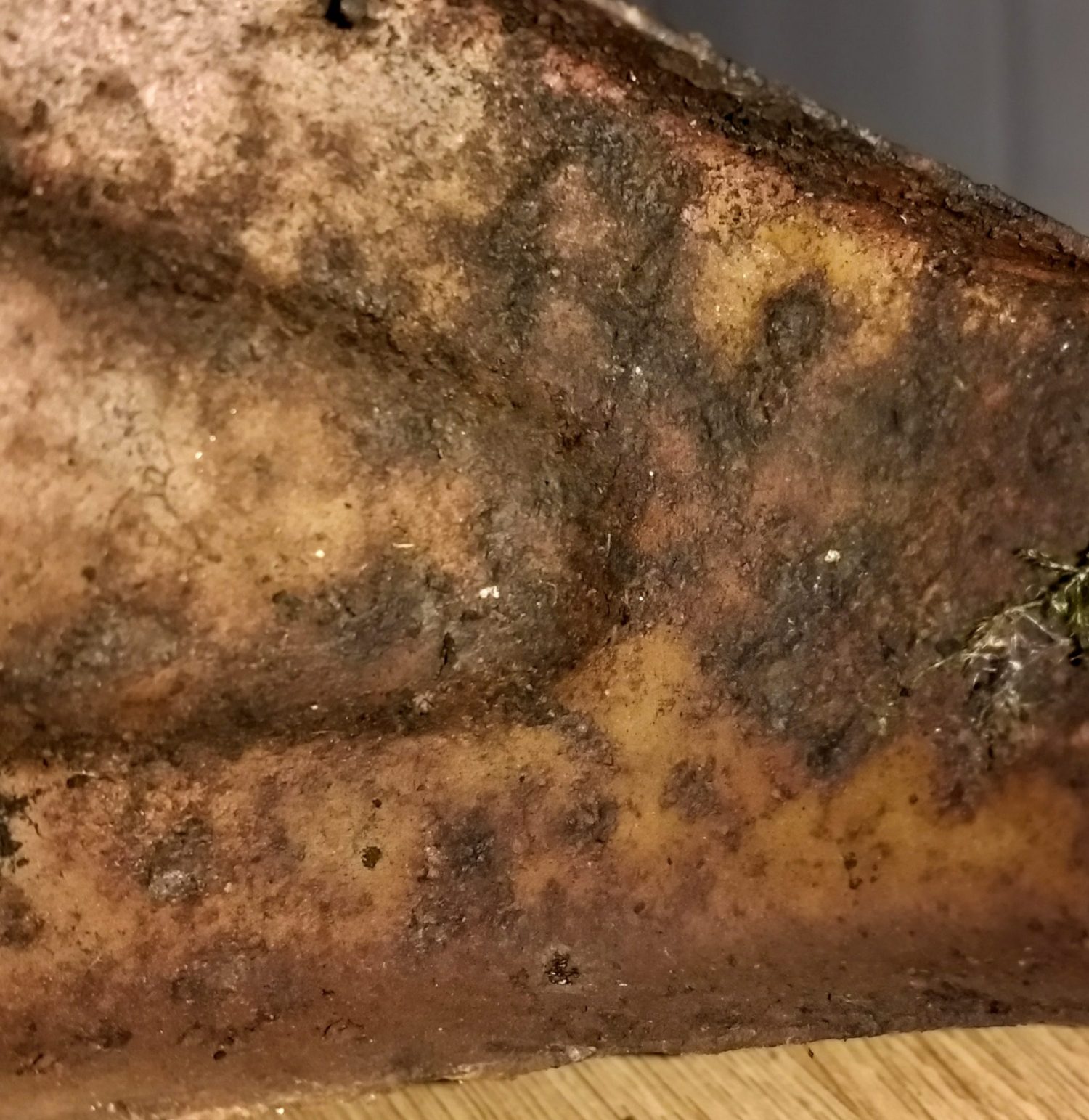 Do you see the number 448 stamped into the metal? Now you have to know that my Samba has the chassis number 20 – 15448. That means the factory stamped the three last digits of the chassis number into the dash! It means this dash was specially made and dedicated to this bus in the factory while the producing process. Now facing the fact that the dash is a Samba-specific item, we have here a proof of this Samba´s authenticity.

To fake this three digit number after production would have been nearly unthinkable. Number one: this certain Samba is out of the road since decades. In its former life there was simply no reason to fake this number. Even if this Samba would be a conversion, nobody would have faked this number. Yes, even in the 50s a Samba had a much bigger value than a normal microbus, but if it was a “born” or a converted Samba wouldn´t had any influence to this value as long as the conversion was made in a proper way.

Exactly because of this reason I strongly disbelieve that the factory stamped the number into buses they converted to Sambas. The original reason for the number was avoiding mess in the production process when they assembled normal microbusses and Sambas side by side, not to create a proof of a Samba´s authenticity for collectors in the 21st century. To stamp it into a more or less “customized” car far beside the production process wouldn´t have made any sense at all.

Number two: to stamp this number in needs a very special equipment. You need to have a set of this unique stamping letters. Number three: to stamp it you need to fix this part of the dash into a stamping tool device. Now try to get this thing 66 years later! I doubt you will be successful at the next home depot….  Plus, don´t forget that this stamping process and the fixing into the stamping device needs to be done BEFORE the dash´s assembly! Try to stamp it into the complete unit, it wouldn´t work. You would just press a big dent in your dash as the force of the stamp would need a solid counterpart to protect the relative soft dash metal.

And, finally, you need to know the exact position of the number. This last secret should remain to the owners of early Sambas to avoid any try of faking a Samba.

But for how long the factory stamped in this numbers? I will try to find out by asking the owners of early Sambas. Do you own a Samba too? Why not letting me and us know if you found a number on your dash too? Help the VW science and help to identify the fakes! Because, just in case, if we find this number also on a Samba build in March 1955 would mean that any Barndoor Samba without this number is definitely not a real born Samba!

Sometimes I wonder what “normal people” outside our VW-world do think about me and this odd fetish which is much more than just a hobby. This post above must be the final proof of my madness in their eyes. But isn´t it this way: whatever you do in life, just do it with your best possible profession or leave it. Doing anything half-hearted doesn´t this defines you as being a half-ambitiously person, as being a half-human to be exact?

To all the ones not trying, but doing: Happy New Year!