today we finally removed the gearbox from the rear chassis part and so we had to remove the rear shocks as well. Lucky enough the Samba still got the original style shocks and wasn´t “upgraded” with telescope shocks as most of all older Volkswagen were. 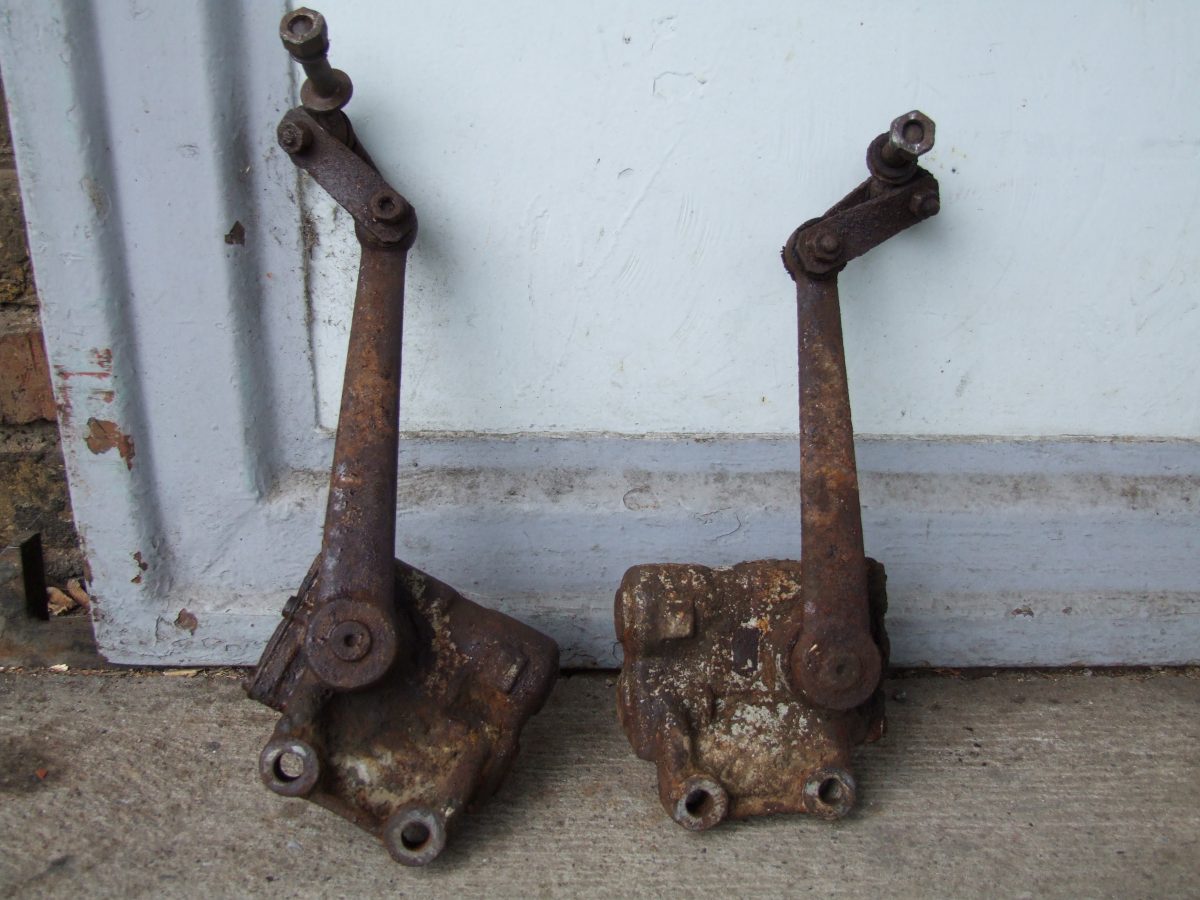 This kind of shock absorbers do look strange to anyone not into the vintage Volkswagen world. For the Volkswagen enthusiast they are pure gold: very expensive and hard to find. No wonder! Volkswagen itself recommended already in the late 50s to replace this shocks by the modern telescope type and many VW-drivers did exactly this.

Also I was surprised finding the gearbox with the solid axle boots still, not being superseded by the split type axle boots. Both facts indicate that the Samba didn´t run a high mileage and having still the 24 hp engine tells the same story. 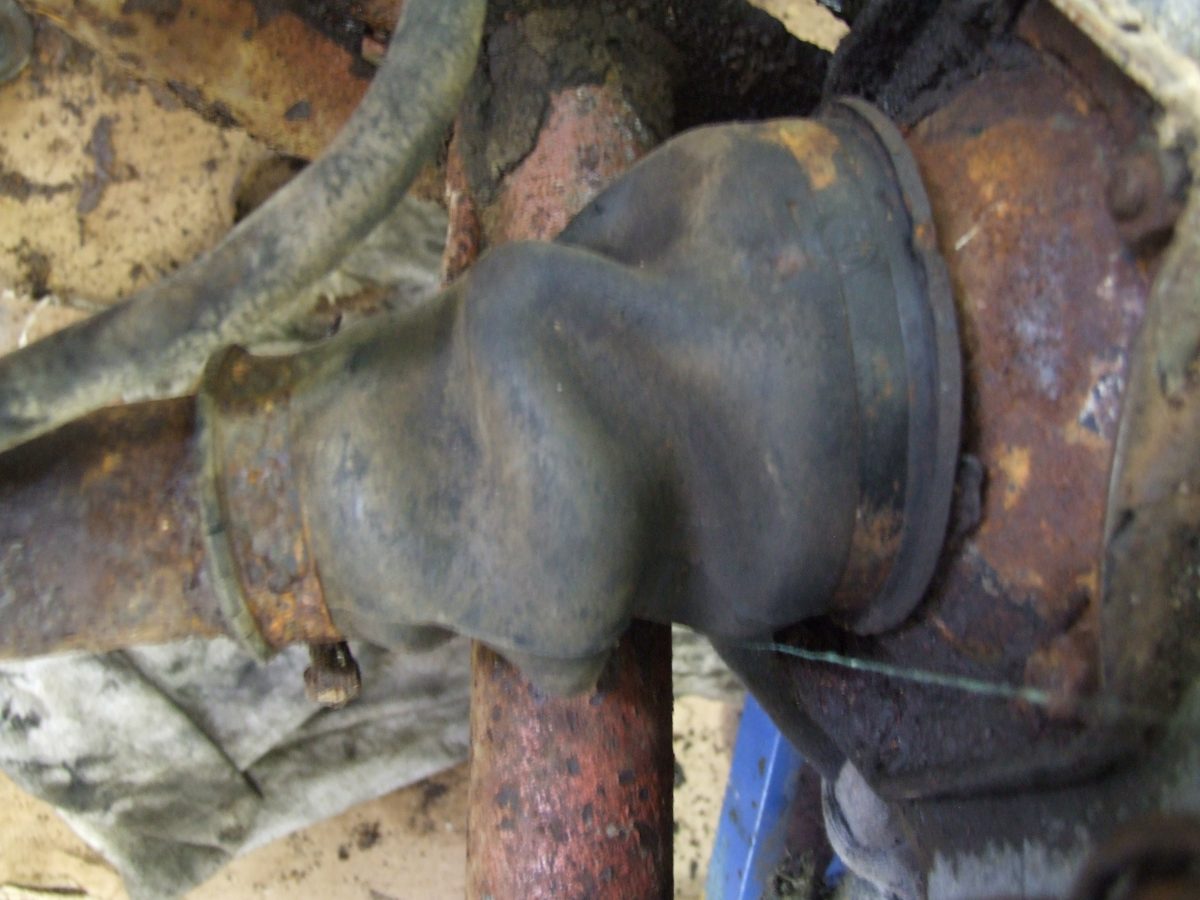 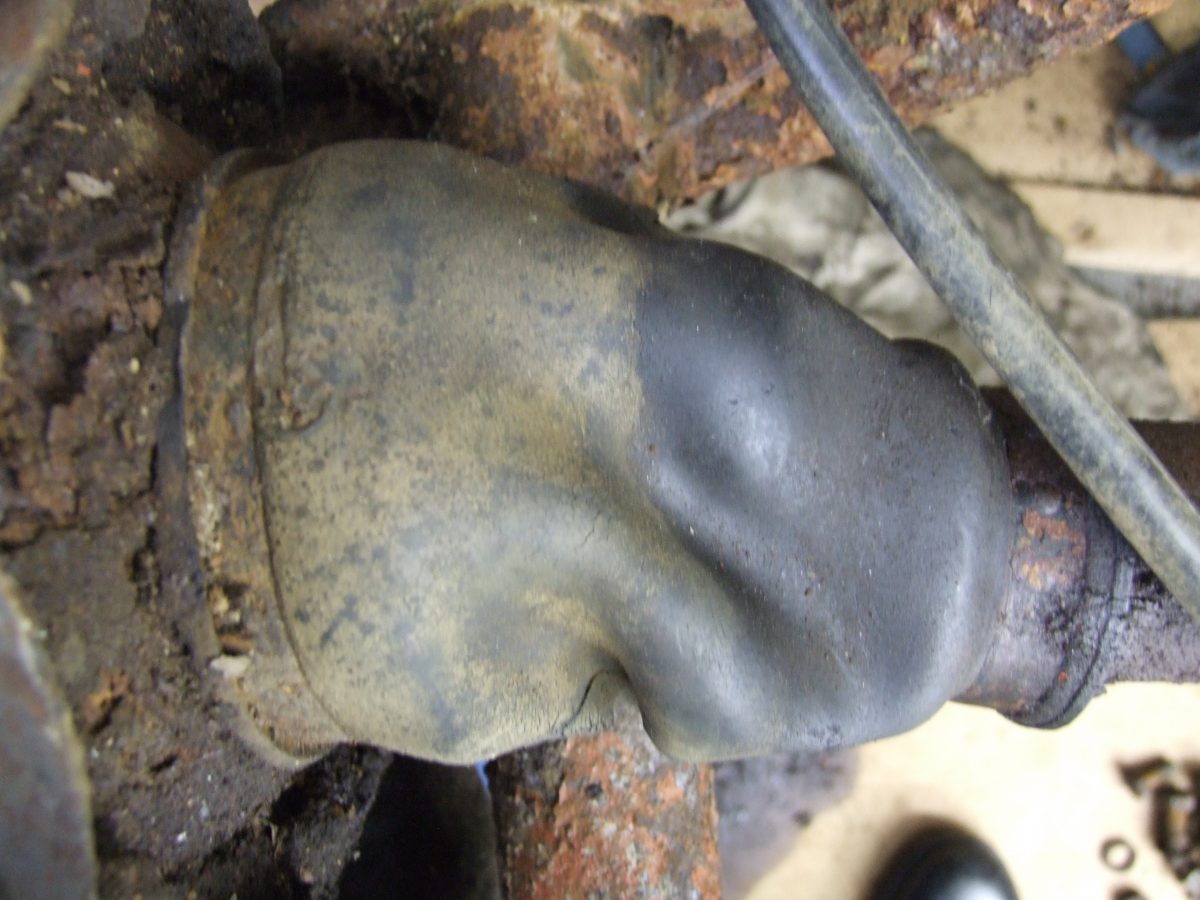 When did you see last time a swing axle Volkswagen with untouched, solid axle boots? For sure we will save them, but is it a good idea to fit them in again after rebuilding the gearbox?

All this are lucky facts. We don´t need to search for original (and very expensive) shocks and looking at the low mileage makes me feel optimistic that the gearbox won´t be in too bad condition.

Not so lucky we were regarding all the bolts and nuts which held the gearbox in place. All of them were really rusted and extremely hard to remove. We needed hours and hours to convince this screws turning after 60 years, but the last screw, the one in the shifting coupler, broke. So we had to cut the shifting coupler very carefully into pieces, cause drilling out the broken screw I was too afraid damaging the gear change lever. 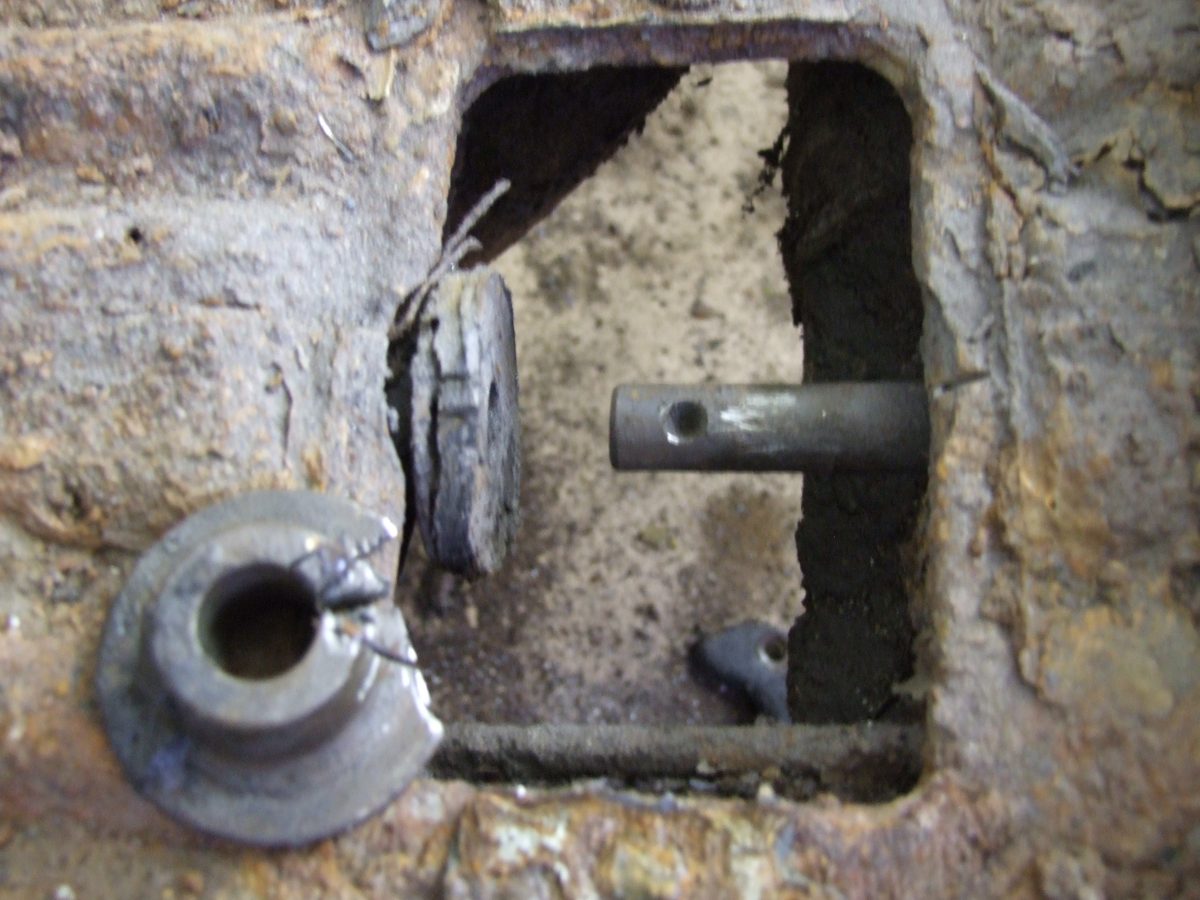 Yep, we destroyed the shifter coupling. We had to! Otherwise there was no chance to get it out of the way without possibly damaging gear change lever. But don´t worry, the coupling was broken into two pieces anyway and anything related tothe gearbox is way more expensive than a simple shifter coupling.

After all this painful jobs I collected the nuts, bolts, tools   -and the shocks. Being curious if the shocks still move I was very surprised finding one of the shocks not only moving, but still working! And not too bad, I have to add. Anyway I will send the shocks to Jacek in Poland to get them rebuild.

Now when the gearbox is finally removed, how does the rear part of the chassis looks to you? To be honest, I expected it to be worse. At least we do have an intact torsion bar tube, even the torsion bar covers are still good. Both radius arms are OK too. The entire tubes of the gearbox mounting area are also still strong. So, dear haters, there WILL BE some original material left for sure, when the reconstruction is finished!
The outer rear chassis legs are a bit of fragile, but maybe there is a way to save them. Mark, what do you say?
Did you see that? The rear brake hoses are still intact. No kidding.
Can´t wait to use them again after 66 years on the German Autobahn. Just kidding.